Rooster Teeth Productions has put together a trailer for their upcoming movie Siri: The Holiday Horror Movie. The movie looks well put together and very professional. It is meant to be a comedy/horror about a group of friends that all get an iPhone 4S for Christmas. Siri not only can be your personal assistant, but it can control your life! 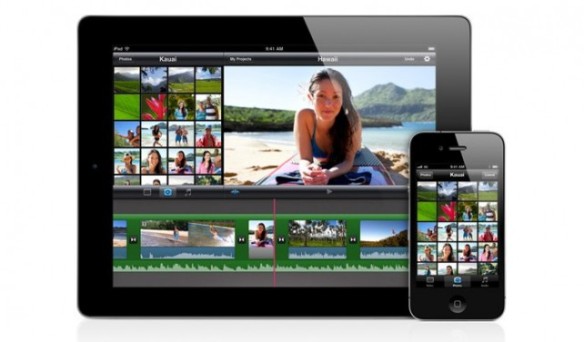 iMovie for iPhone and iPad

Although there are many simple movie editors such as Windows Movie Maker, importing videos to a computer, editing them, and exporting them can be a pain. If only minor changes or titles need to be applied, Windows Movie Maker or even Adobe Premiere Pro would not be the best choice. If a movie is captured and recorded on an iPhone, iMovie for iPhone and iPad is the best choice for making minor adjustments. iMovie allows for cropping, editing, titles, transitions, and other basic movie editing features. iMovie for iPhone, iPod, and iPad only costs $4.99 and has many features that the Mac iMovie and Windows Movie Maker have on board. iMovie is very simple and videos do not need to be imported for they are already on the device.

With technology advancing by the day, iMovie for iOS is an innovative idea. Being able to edit movies directly on my phone is definitely convenient. I used to have to import the videos to my Mac before adding titles, transitions and effects. Now, I can add those elements to my video and send a quick MMS to a friend – all in less than five minutes.

iPhone asking for Camera to use current location.

With new features flying off the shelves with smartphones, one feature keeps many people weary about smartphone cameras. Geo-tagging is a feature that allows your iPhone (or other smartphone) to record the location of each photograph. If you’re visiting Disney World, the geo tags will come up for Orlando, FL. If you are visiting the White House, Washington D.C. will be included on your map of photos in your iPhone’s camera roll.

What scares many people about geo-tagging is that “stalkers” can view where they took the photos. The luxury about many websites such as Photobucket and Facebook is that they strip geo-tagging information from the pictures. Even if you try to download the photo from Facebook, the geo-tagged info will be gone from the file. The only way that information will still be intact is if the photo is emailed (MMS also strips the metadata).

A new concept from ARD studios created a concept mock-up of a point-and-shoot iPhone accessory. The accessory is not real, but it does give case makers some great ideas. The concept of iCam is simply an accessory that the iPhone slides into. The phone will connect at the bottom of the iCam with Apple’s 30-pin connector. The iCam now allows you to use your iPhone as a digital SLR camera within this case.
• Aluminum Unibody;
• Interchangeable Apple-Lens Lenses, with iMount mounting system;
• Front touch screen for self-portraits and for micro-app;
• LED Flash;
• Front pico-projector;
• SD UHS-i slot;
• Siri Compatible;
• Motion Sensor;
• ISO range from 100 to 3200 (extendable up to 6400 equivalent)
• Full HD at 60fps;
• 10.1-megapixel sensor;
• Bluetooth
Even though the iCam is not real, it still gets me excited about what is to come. If iCam were real, I would ditch my Nikon SLR camera for it. This would also allow iPhone users to quickly snap photos for iPhoto or their Photo Stream without having to sync their DSLR. iCam is the future of photography. 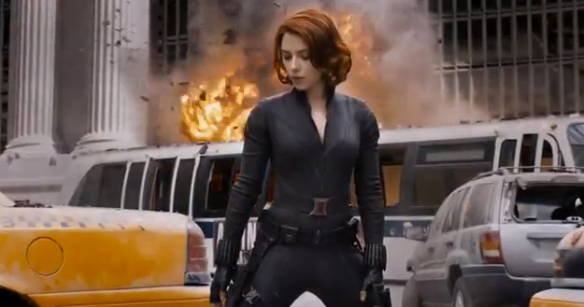 Some scenes were shot with an iPhone 4.

Marvel’s upcoming movie, The Avengers, will be coming to theaters in 2012. If you go watch the film on the big screen, remember that some of the scenes were shot with an Apple iPhone 4 camera at 720p. Seamus McGarvey, the cinematographer for The Avengers, claims that some of the scenes in the film were shot using an iPhone 4. “The beauty of photography or cinema is that you make every choice based on the content at hand,” he told IFTN in a recent interview. “I understand that sometimes there is no choice and you have to go for the cheapest option, but if you are limited for choice, you can still make poignant decisions that will effect the look of the film.”

The fact that big movie companies, such as Marvel, are producing films with smartphone cameras is astounding. Just four years ago, iPhones did not even record video. It wasn’t until the release of the iPhone 3GS that the devices started recording video (in low-res, that is). Pretty soon, more companies will join Marvel and Universal Studios in filming movies with smartphones. With the newest release of the iPhone 4S, the camera got even better. In four more years, almost every movie can be filmed in a back yard for hardly any cost at all on a professional-quality iPhone camera.